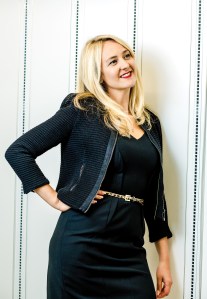 A slew of new appointments are afoot in beauty’s C-suites.

After occupying the role for the last six years, Lauren Brindley will step down from being head of beauty and personal care at Walgreens Boots Alliance, at the end of July. The departure is reportedly an amicable one, and Brindley is said to be pursuing an undisclosed external opportunity.

Just over two-and-a-half years into her tenure as vice president of global marketing at the company, Lanaia Edwards has been promoted to chief marketing officer of fair-trade hair and skin care brand, Alaffia.

BeautyUnited has tapped Cosmopolitan’s beauty director Julee Wilson as its new executive director. In her role, Wilson will help further the organization’s mission to support the next generation of beauty and wellness leaders through education, community and access.

Function of Beauty has a new chief marketing officer. Marianna Trofimova, who hails from L’Oréal, will take on the role, in which she will focus on building its skin and hair care portfolios, and global expansion, among other priorities.

At the Estée Lauder Cos. Inc., Angela Wei Dong has been elected to the company’s board, as well as its audit committee. Dong, who is the global vice president and general manager for Greater China, Nike Inc., is the 17th director on the company’s board.

Rusk has tapped Connecticut salon owner and color-correction specialist Gina Bianca as its global director of color. In her role, Bianca will work alongside global artistic director Matt Swinney to further the brand’s mission to educate hair professionals about business strategies and innovation in the industry.

Peace Out Skincare has appointed its first vice president of operations. The role has been filled by Matt Klopp, previously the director of distribution and order fulfillment at Sunday Riley, who will oversee brand operations as the company implements increasingly efficient, cost-effective systems.

Peace Out has also named a new vice president of global brand and product marketing, Anton Ranchin. Formerly the vice president of marketing and global business development at Bellami Hair, Ranchin will focus on expanding the brand’s d-to-c and e-commerce channels.